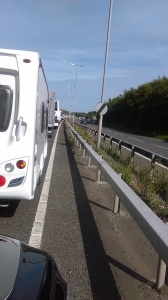 We were not the only ones on the way to Dover.

After a late arrival at the hotel in France, some sleep and a great breakfast with orange juice & pancakes we drove in 1 go to Krk.

Wanderer was waiting for us in the water and while I made the documents in order at the Luka Kapitana, the girls did the shopping so we would be able to leave for Rab in the afternoon.

Although there was quite a F5 Yugo blowing, the weather forecast for Sunday was much worse and off we went. After 5 hours we arrived, at 18.30. We had reserved a berth in the Marina and we would stay here for 2 days to visit the yearly Rab festival. 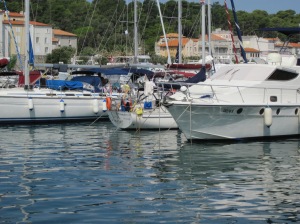 We discovered a new restaurant with a roof terrace which was nice and we all enjoyed the night festival. 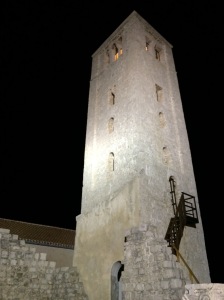 On Monday the 27th we left for Silba at 07.45. Yugo again, but now with 20-25 knots. Not really funny as our direct course was 180 degrees. Later the wind changed direction and we could actually sail the last part. Between Silba and Olib the waves were gone and we went with 7.0 knots to the harbour where we arrived at 12.30

We had a good dinner at the restaurant at the harbour, I just wished I had asked for the pricelist before we started.

Tuesday we left for the anchorage at Nin, which took 5 hours by sail. Nin is a small but one of the oldest towns on the East Adriatic Sea. The anchorage is not very well protected and very shallow. 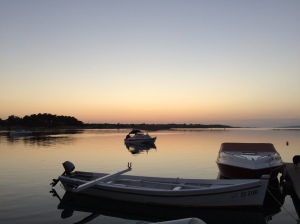 Rowing to town was good sport.

Wednesday we left early for Zadar, Marina Borik, we had to go all the way around the Island Vir and we arrived early afternoon. I did some maintenance on Wanderer while the girls went swimming at the beach. In the evening we all went to town. Temperatures very high. 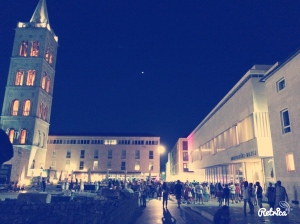 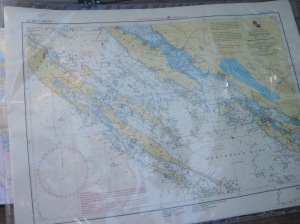 After Zadar we went to the little and very nice town of Tkon on Pasman Island, we were lucky that we could find a place. Bora was forecasted and the clouds over the mountains on the mainland were a sure sign of it. We stayed there for 3 days, exploring, swimming and relaxing. 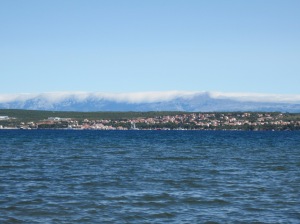 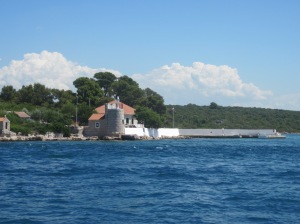 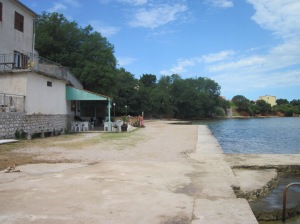 We also did a short side trip to Biograd na Moru, this is a huge charter base and has a chandlery. I bought a fuel filter here. The town has an interesting historical centre, King Coloman (Konyves Kalman in Hungarian) was crowned there almost 1000 years ago. 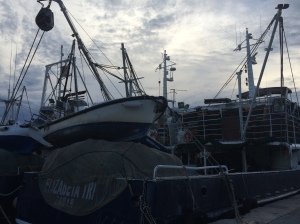 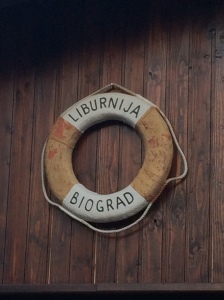 The restaurant we choose in Biograd was the Liburnija, excellent. 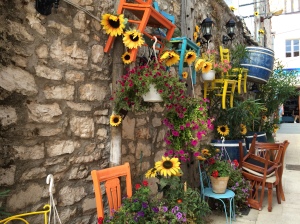 August the 2nd we left for the Island Murter, unbelievable the wind was in our backs, with a Force 3-4, all the way to the bay where we dropped anchor. This is a free anchorage and very well protected. 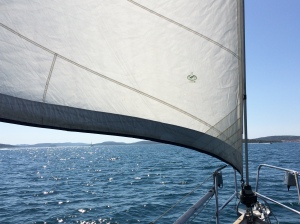 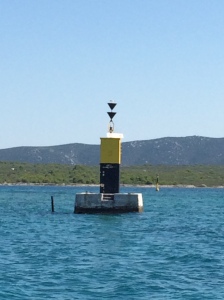 Make sure you pass this one on the correct side 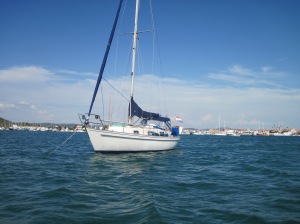 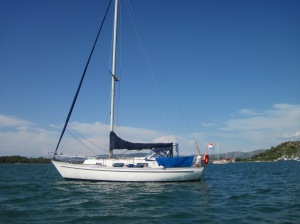